In October, we put a call out to WA households to nominate someone who has brought joy to their street or community in some way for a chance to receive some Christmas cheer.

We would like to say an inflatable Rudolph sized thank you to everyone who nominated somebody as part of this competition.

Now, after a challenging selection process, three worthy winners have been chosen! The three  winners' homes received a visit from our Synergy Elves who decorated their home with Christmas lights – and will receive free electricity for three months.* 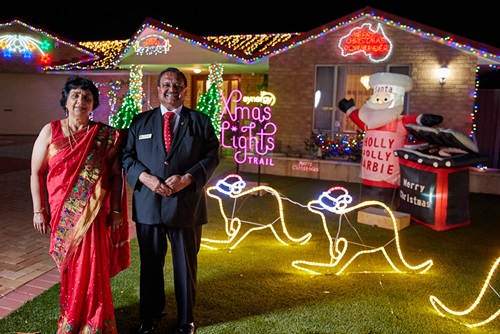 Atul was nominated as a community hero for his dedication to service and his tireless capacity to provide assistance to anyone in need within his community.
Atul, who is 68 years old, works 3 days a week for a mining company and the other 4 days he spends volunteering his time while also caring for his visually impaired wife. Atul says he would love to do more if he could, particularly in his Neighbourhood Watch program where he has been the chair since 2008.

“I feel very excited because I have never had anything like this before. It will certainly be another big historic moment of my life. I have always gone to other’s houses to see their lights, this year I look forward to watching as people come to see the lights at my house,” said Atul. 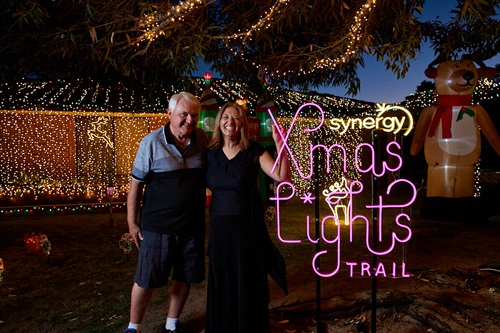 Retired couple, Ric and Denise were nominated by their neighbour because they are such valued members of their community for all the help and support that they provide to their neighbours.

Ric and Denise are always there to help out with checking in on a premises, collecting mail and putting out the bins when a neighbour is away. They also hosted the first ever neighbourhood catch up last year which brought the whole street together and created a wonderful sense of community.

Ric and Denise have always wanted to put up Christmas lights but because they are getting older, they cannot do it themselves and they also cannot afford the set-up and extra electricity costs.

“Christmas is about family, but sadly, this year due to travel constraints, we will not be able to catch up with everyone. Ric jokes and says the best part of Christmas (for him) is all about giving… giving the list of things he wants to everyone!” 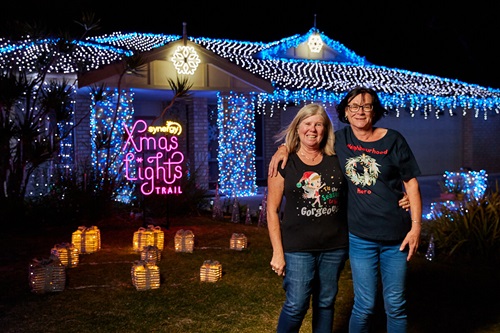 Jacki is a special needs education assistant. As a single mum of two adult children, Jacki works full time while being a foster mother to vulnerable kids.
Jacki has been fostering 2-year-old twin boys for almost a year and her neighbour says that despite working in a demanding job, she has transformed these little boys’ lives through her dedication and commitment to their health and wellbeing.

She is also supporting the boys'  mum so that when she gets her boys back, she is able to provide them with a stable and loving home.

“I was very surprised and humbled to be nominated and selected. My nominees, Janet and Graham have always been there for me when I needed help so when they retired and needed someone to look after their house whilst they travelled, it seemed only natural to help them however I could! To have the house decorated for Christmas while having young children in my care will be an exciting and memorable experience for us all.”


Congratulations to our winners and thank you again to everyone who nominated a local hero in their community as part of the 2021 Nominate Your Neighbour competition!